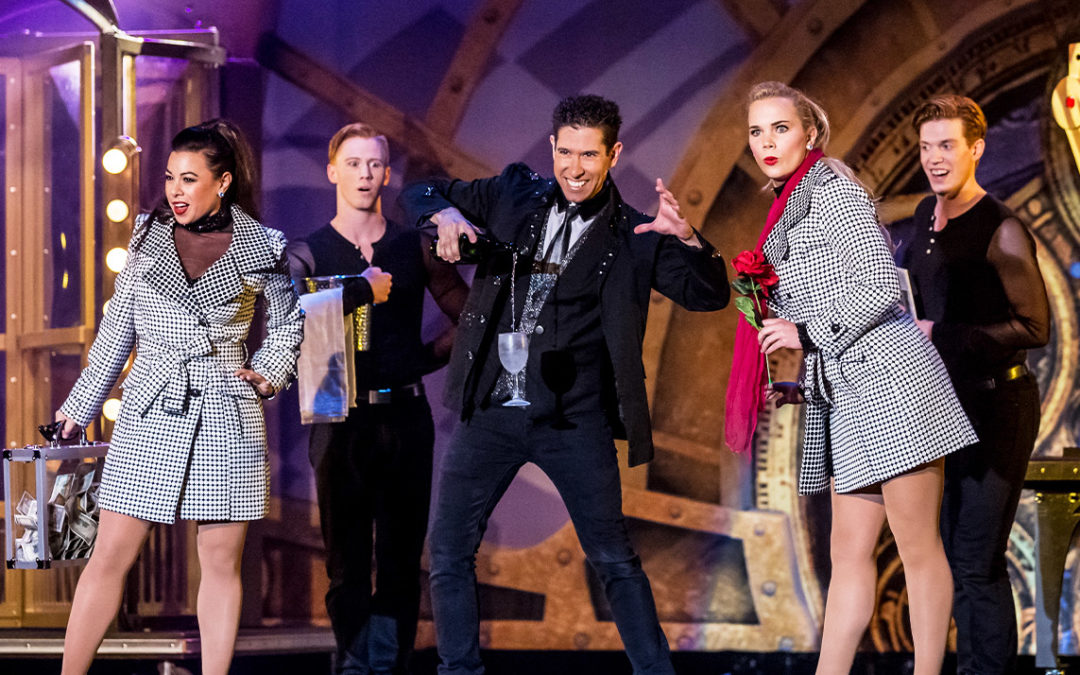 Recently honored with the “Oscar of Magic”, Brad Ross was named “Best International Family Entertainer” by the International Magician’s Society.

Honored with the “Oscar of Magic”, Brad Ross was named “Best International Family Entertainer” by the International Magician’s Society.

The Merlin Award, known as the Oscar equivalent for the magic industry, is the highest honor bestowed by the magic community and is based on talent, showmanship, originality, skills and the ability to entertain under any conditions. Previous recipients include David Copperfield, Siegfried & Roy, Criss Angel and Kenneth Feld, producer of Disney Live! shows and the most successful live illusion show of all time, Siegfried & Roy®.

“I am proud to honor and recognize Brad Ross for his extraordinary contributions to the magic community.” commented Hassini. “His interactive, engaging style and amazing feats of magic have won him the respect and admiration of his peers and families all over the world.”

Disney Live! producer and Feld Entertainment Executive Vice President Alana Feld stated, “Brad epitomizes the essence of all Feld Entertainment productions: quality, live family entertainment that inspires and engages the audience. This honor is a tribute to the passion and dedication he continuously exhibits, and i’m thrilled that he now joins the ranks fo the world’s greatest magicians.”

Brad Ross has mesmerized millions of people in twenty five countries around the world, on five continents and now it’s YOUR TURN to Experience his Magic!
LEARN MORE »